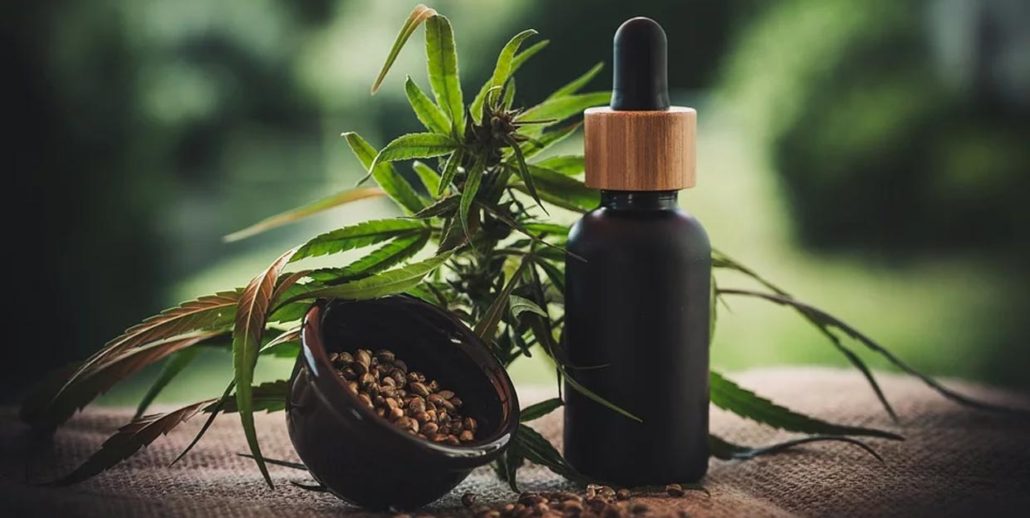 There’s starting to be a lot of excitement about CBD Oil in Canada. News of it’s numerous applications and benefits are spreading fast. From relieving chronic pain and social anxiety, to fighting cancer, to preventing epileptic seizures, to aiding sleep, to increasing alertness, to fighting Alzheimer’s, the mind-boggling number of CBD oil benefits people are experiencing contribute to CBD’s reputation as a new panacea.

Beyond these therapeutic benefits, one of CBD’s most alluring qualities is that it is gentle and completely non-toxic. Unlike drugs like Advil, Motrin and Aleve, which can cause heart problems, gastrointestinal bleeding, hearing loss and kidney disease, CBD has no side-effects. CBD is a natural solution that works by regulating the human endocannabinoid system to achieve homeostasis and avoid chronic conditions.

Canadians are loving CBD oil, so what are the CBD oil benefits people are enjoying the most?

CBD isn’t as tranquilizing as smoking or vaping a strong Indica strain of cannabis flower, but used as part of a regimen it can improve sleep recovery and restfulness. CBD alleviates pain and stress, soothing effects that melt away aches and mute stressful voices in your head. Used together with a little melatonin—a natural sleep inducer, and you won’t just sleep well, you’ll recover more fully.

That’s right, CBD also increases focus and lucidity, and it does so by doing a number of things. As a powerful anti-inflammatory, CBD aids in sleep recovery so you wake up fresh. CBD also reduces anxiety, which, as we know is poison to self-confidence.

For most endeavours, self-confidence is a major determinant of success on both the micro and macro scales. Without the distraction of anxiety we become fully lucid and focused.

Unlike sugar and caffeine-saturated energy drinks, CBD oil produces no crash or sweats, it is smooth and clarifying.

For any serious athlete, it’s well known that to build strength and stamina it is absolutely essential that you get good sleep for good recovery. Whether you’re competing for Mr. Universe, as an F1 racer, basketball player, kick boxer, or just trying to get in better shape, building focus, energy, coordination and strength are paramount.

If used before sports or training, CBD can increase mental clarity and focus. This can make you more aware of your body, more fluid and dynamic in your movements, and more lucid when making split-second decisions. Better to react out of strategy and reason, as opposed to fear or panic.

CBD also helps with joint pain. As former gymnast Brody Shemansky explains: “Asymmetrical pain in joins at a different part of the body is pretty typical. The body is a chain. Often times the injury to a right ankle will cause pain in the left hip at some point.

I used to get consistent blood tests after chemo and during my bodybuilding career. I noticed my testosterone levels, my lipid levels, and a few other metrics were always better when I was taking CBD.”

Taken together, CBD—especially full-spectrum CBD—offers pain relief, better recovery and mental focus so you can have the full coordination, strength and energy of your body at your disposal. These are the CBD oil benefits that make it so popular with athletes like Megan Rapinoe and Anthony Petis.

4. It helps enhance memory and protects from Alzheimer’s.

CBD is a neuroprotective. That means it helps prevent and heal damage to the brain and nervous system and promotes growth and development of neurons.

While we’re still researching the full benefits of CBD on neurological disorders, it is believed the neuroprotective properties of CBD may help slow down or prevent the progression of conditions like multiple sclerosis, epilepsy, Parkinson’s disease, and Alzheimer’s.

In recent studies by California’s Salk Institute, one CBD oil benefit identified was the reduction of inflammation, and of the impacts of oxygen build-up and brain cell decline. Using CBD oil can reduce the type of inflammation that causes most Alzheimer’s symptoms. In Canada—CBD oil is fully legal—and people are rejoicing.

5. It improves your golf game. 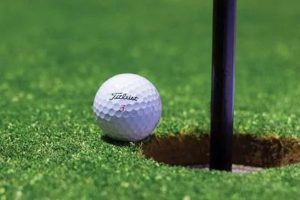 Pro golfers love CBD. Long time fan Bubba Watson has even got his sponsor—cbdMD—emblazoned on his visor for the 2019 PGA Championships.

With better sleep and CBD oil alleviating pain, stress and anxiety, Canadian golfers will find CBD melting away their pre-big-game jitters while elevating their focus and energy.

For Bubba Watson, who is the 18th-ranked golfer in the world, there’s no doubting CBD’s effectiveness,

It’s even rumoured Phil Mickelson and Tiger Woods both took to chewing CBD-infused chewing gum at the most recent Masters, a tournament that Woods ended up winning.

Just imagine how good a game at Cabot Cliffs, Nova Scotia could be if you ate a CBD gummy or two beforehand…

6. It reduces anxiety and alleviates PTSD

Research on CBD’s effectiveness in reducing anxiety and for treating PTSD is very promising. Studies on both animals and humans have shown that CBD may help lower feelings of isolation, and support the hippocampus region of the brain in producing healthy emotion and memory.

One study showed CBD could reduce social anxiety in a way comparable to ipsapirone and diazepam (valium).

In another study by NYU Langone Medical Center researchers, people suffering from PTSD were shown to have much lower levels of anandamide than others.

Anandamides are essentially antidepressants released by the brain that interact with CB1 cannabinoid receptors in the body. Anandamides help turn off traumatic memories so that people can essentially stop paying attention to them.

By activating your CB1 and CB2 receptors, cannabinoids prompt your brain to produce neurotransmitters that help promote happiness, pleasure, and memory.

It also prevents the recall of painful memories, and helps us avoid re-living trauma. Instead, we get happy thoughts—which is what has made it so popular with combat veterans. 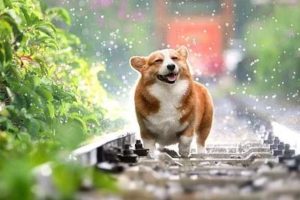 While much of the evidence about the benefits of CBD for pets is anecdotal, a 2019 study in the Canadian Veterinary Journal found 80% of pet owners surveyed reported: “they had purchased cannabis products for their dogs most commonly for pain and anxiety.”

In a double-blind study by Cornell University’s College of Veterinary Medicine, over 80% of the dogs that received CBD oil treatment showed “significant improvement in pain levels and quality of life” without side-effects.

In another study by Colorado State University in Fort Collins, where researchers were trying to determine whether CBD could help epileptic dogs, nearly 90% of dogs had fewer seizures when taking the chicken-flavoured oil, as compared to about 20% on placebo.

Though results are preliminary, it’s beginning to look like CBD oil’s benefits; non toxic, pain relieving, inflammation fighting, anxiety relieving, are just as beneficial for our pets as they are for us. It’s probably why so many pet owners are turning to CBD oil in Canada

8. It may fight cancerous tumour growth and reduces nausea.

In 2016, researchers noted that the use of cannabinoids shows promise in the fight against cancer. The authors found that cannabinoids seem to inhibit the growth of many different types of tumour cell in both test tubes and animal models.

The endocannabinoid system is an extremely important system in the body because it helps modulate cell growth and death.

When CBD acts on CB1 and CB2 receptors, it prompts the endocannabinoid system to produce anti-tumour warnings—impairing cancer development by inhibiting reproduction, metastasis, and tumour angiogenesis.

Though it’s still early to say definitively how effective CBD oil is in treatment, more and more studies are showing promising results: 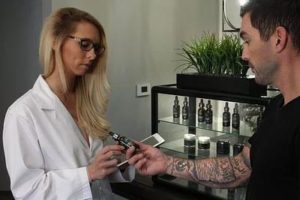 As mentioned in 10 benefits of CBD oil in Canada (insert pt 1 link) CBD oil is a powerful neuroprotective.

A Journal of Epilepsy Research study of purified CBD found that patients with Dravet syndrome and Lennox-Gastaut syndrome experienced a reduction in the frequency of convulsions of all kinds, including tonic-clonic, tonic, clonic, and atonic. “For the first time, there is now class 1 evidence that adjunctive use of CBD improves seizure control in patients with specific epilepsy syndromes,” states the report.

The news is good for people with multiple sclerosis as well, the available data indicates that a cannabis extract with a roughly 1:1 CBD to THC ratio reduces pain and muscle spasms in MS patients.

Over on Healthline.com, long time MS-sufferer Jamie Tripp writes that she likes to “use the oil on my feet and lower legs, massaging it on topically at night. I almost feel bad saying this — I haven’t had one bad night, in terms of peripheral neuropathy and spasticity in my lower limbs…”

What’s not perfectly understood is how CBD and THC work to achieve these effects, but scientists are rapidly catching up.

New research from the Department of Pathology in the University of South Carolina School of Medicine describes how CBD suppresses pro-inflammatory effects while also promoting the production of immune-enhancing proteins known to have powerful anti-inflammatory properties.

Unlike drugs prescribed for MS like Interferon that produce side effects similar to those of chemotherapy, CBD oil is non-toxic and produces little to no side-effects.

The use of cannabis to treat MS is hardly new though. MS sufferers have been using CBD and THC to treat themselves for years! In fact the US National Centre for Biotechnology Information reported that “nearly every participant in a 1997 survey of 112 regular marijuana users with multiple sclerosis [stated] that the drug lessened both pain and spasticity.”

And though there’s still no cure for Parkinson’s disease, it’s becoming very clear that CBD can help.

10. It’ll improve mood and your whole quality of life.

You don’t have to suffer from a terminal illness or chronic condition to love CBD oil. It’s non-toxic and natural, and in Canada, CBD oil isn’t even expensive! You can use it as you would a herbal supplement to increase your overall quality of life. It’ll make you happier, healthier, less anxious, more refreshed and more lucid. With no side-effects there’s no harm in trying it for a month and making up your own mind about whether it’s right for you.