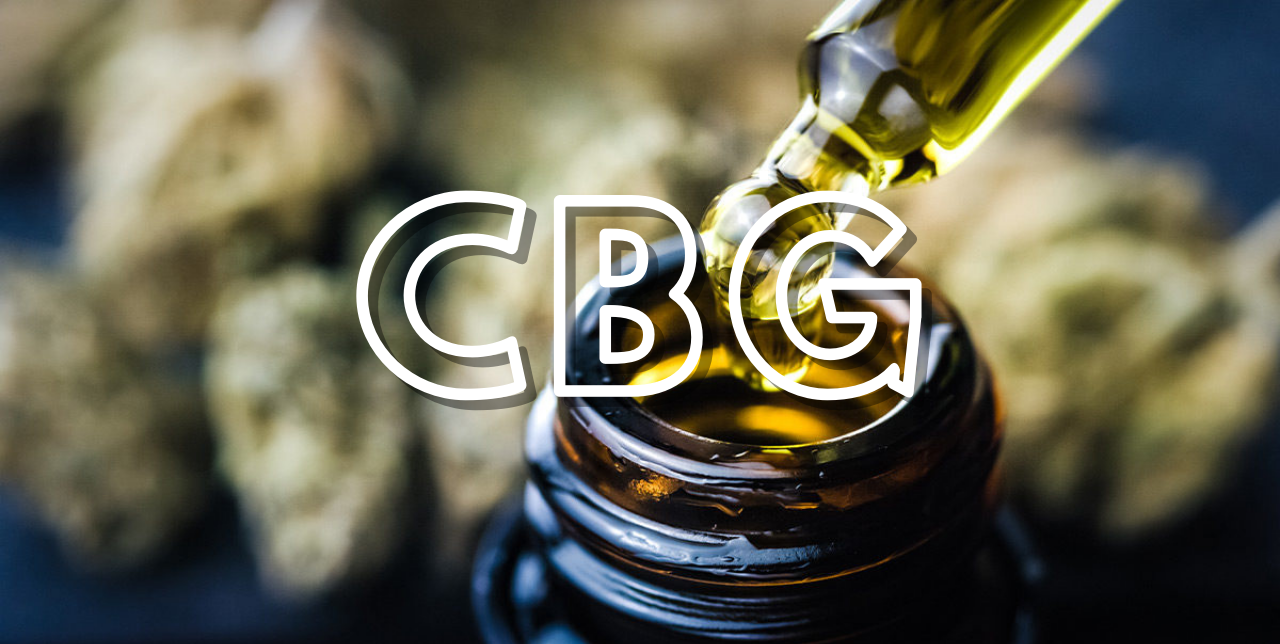 CBG. Sometimes referred to as the “new cannabinoid on the block,” or the “mother of all cannabinoids,” CBG is yet another compound extracted from cannabis plants with serious medicinal potential. Like THC and CBD, CBG is a phytocannabinoid—meaning a cannabinoid produced by a plant. Like CBD and THC, CBG mimics our bodies’ own endocannabinoids—cannabinoids produced by our own bodies. This gives CBG the ability to interact with endocannabinoid system receptors and to produce a host of salubrious effects. CBG is gaining popularity, as studies begin to show that it may be effective for Glaucoma, Huntington’s Disease, Cancer and more. Read on to learn more about this fascinating cannabinoid.

What Is Cannabigerol (CBG)?

CBG is often called the “mother of all cannabinoids” because the acidic form of CBG—called CBG-A—is the precursor chemical from which other cannabinoids like CBG, CBD, THC, and CBC are produced.

Cannabigerol is considered a “rare” cannabinoid because it occurs in such minute quantities, usually less than 1% of plant mass. Compare that to 20-30% plant mass for THC or CBD. Like other “rare” cannabinoids such as THCV, CBC, CBN, CBDA, and delta-8-THC, extracting significant quantities of cannabigerol is more is more expensive due to it’s rarity in plants. Like CBD, CBG is a powerful anti-inflammatory and anti-oxidant, which is why it is thought to have potential for helping with certain kinds of cancer, neurodegenerative diseases, and the various kinds of pain that come with those conditions.

How is CBG made?

Over the years, growers have discovered a few tricks to increase the amount of cannabigerol they can get out of cannabis plants. CBG is more prevalent in young plants compared to fully grown plants. Also, some cannabis strains like Super Glue CBG, White CBG, and Jack Frost CBG have higher cannabigerol content. Growers will cultivate these strains specifically for their higher cannabigerol yields.

Still, extracting and isolating significant quantities of CBG is still an expensive process. Growers continue to experiment with genetics and cross-breeding in the hopes of coaxing cannabis plants into producing more cannabigerol.

Because CBG is still one of the most expensive cannabinoids to produce it is sometimes dubbed “the Rolls-Royce of cannabinoids.”

“It takes thousands of pounds of biomass to create small amounts of CBG isolate,” said James Rowland, CEO of Steve’s Goods, when speaking to Forbes

So how does cannabigerol work?

Like CBD and THC, CBG’s effects are felt as a result with interactions with the human endocannabinoid system (ECS). The ECS is a vast, complex system distributed through the body of all vertebrates, and it’s job is to promote homeostasis—a state of balance and optimal functioning for all internal systems. The ECS regulates all other major systems in the body and impacts everything from appetite to anxiety, to pain and inflammation, to hormones, to sleep, to immune system responses and much more.

Additional resource: Read our article about the endocannabinoid system and cannabinoids.

Through it’s interaction with the ECS, cannabigerol is able to produce powerful neuro-protective, anti-oxidant, anti-anxiety, and anti-inflammatory effects. Neuro-degeneration and inflammation are the root of a tremendous number of diseases and conditions, think dementia, Alzheimer’s, Parkinson’s, multiple sclerosis, cancer, heart disease, diabetes, arthritis and Huntington’s disease, just to name a few. Therefore, compounds with neuroprotective and anti-inflammatory qualities can play a significant role in staving off and reducing the symptoms of these diseases.

When cannabigerol interacts with ECS receptors CB1 and CB2, it’s thought to boost anandamide signaling. Anandamide—also known as the “bliss molecule” is a neurotransmitter believed to play a role in motivation, pleasure, appetite, sleep as well as pain.

Like cannabidiol, cannabigerol does not create any intoxicating effects. It won’t get you “high”.

A number of studies indicate that cannabigerol is an effective neuroprotective. In some regards, it may even exceed the neuroprotective effects of CBG. Most of the relevant studies done so far are animal studies, but the results so far are encouraging.

In one animal study comparing the neuroprotective effects of cannabidiol and cannabigerol, scientists mimicked the effects of neurological diseases on rat tissue. When brain and spinal cord cells were exposed to toxicity, they found that “CBG was more potent than CBD in blunting neurotransmitter depletion.” CBG also proved more effective in counteracting exposure to toxicity in rat cortexes.

The study concluded that “Our results open new research avenues for the use of CBG, alone or in combination with other phytocannabinoids or therapies, for the treatment of neurodegenerative diseases such as HD.”

Does CBG work for pain?

Chronic and long-lasting pain issues affect a great many people. A good 20% off US adults suffer from such conditions.

One of the big reasons people have started turning to cannabis medicine like CBD, THC and CBG, is because these natural alternatives are gentler on the body. In fact, one 2018 study of patients with headache, migraine, arthritis, and chronic pain and found that between 41.2 to 59.5% found cannabis medicine was an able substitute to prescriptions medications.

Not everyone wants a strong dose of THC though, as it can be very intoxicating. If you need to work, drive, compete in professional sports, THC is not an option.

One of the reasons cannabigerol is getting more attention is because it appears to be a superior to THC in several respects. One study reported that “CBG may hold great promise as an anti-oxidant agent” and “CBG has more potent analgesic (pain-relieving), anti-erythema (anti-inflammatory rash) and lipoxygenase (inflammation) blocking activity than THC.”

These are preliminary results from studies mostly conducted on animals. Though CBG does seem to show much promise, far more research needs to be conducted, especially on humans, before we truly understand CBG’s potential.

What are some other potential benefits of cannabigerol?

Preliminary research indicates CBG may hold promise for a variety of conditions:

This product is much harder to find compared to CBD and THC. Finding quality product can require some leg work.

Here are a few helpful tips to help you on your way:

Cannabinoids have proven quite safe and well-tolerated by humans, but not much research has been done about the safety of cannabigerol. As a result, we don’t really know if there are potential side effects, and which medications it might interfere with.

If considering taking cannabigerol, or any cannabis-based medicine, for the first time, speak to your medical professional first. This is especially important if you are currently on medications. To be safe, consider that CBG may interfere with medications the same way that grapefruit does.